Showing posts from April, 2014
Show All


An induction camp was organised for new teachers in VKV Dibrugarh for three days starting from 20th March 2014   to 23rd March 2014  . 64 Teachers from different VKV Vidyalayas attended the Camp. The Camp Members followed regular routine from 6am to 9.30 pm  with several activites like Pratahsmaran,Yogabhysa, various Satras by experts Kridayoga,Bhajan Sandhya etc. They were given a brief idea on the life and messages of Swami Vivekananda , his dream of Man Making and Nation Building , the story behind building of the Rock Memorial and classes on teaching techniques and methodologies.
Post a comment
Read more 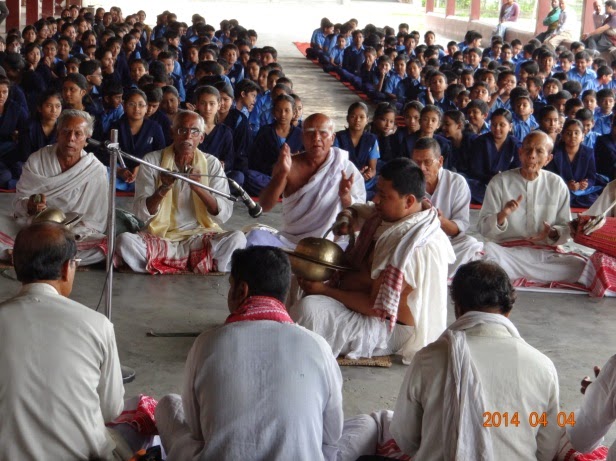 A ‘Namkirtan’ was organized to mark the  Varsharamba Ceremony on 4th April , 2014 VKV Dibrugarh  in the presence of students, teaching and nonteaching staff.
Fifteen (15) Bhakats religiously prayed and five-hundred(500) students with high spirit attended the ceremony. In this auspicious occasion all of them present together prayed to the Almighty for development and prosperity  of the school . Kacha prasad and  Dahi-Cheera was distributed among all.
Post a comment
Location: Dibrugarh, Assam, India
Read more
More posts